how to
beauty tips

Michael Bublé On How A Woman Should Smell

Michael Bublé has been in the business of winning the hearts of fans worldwide for over 15 years now, with his old-school love songs and ballads, and sophisticated good looks - so it’s little wonder that his latest perfume, By Invitation Peony Noir, is as charismatic as the man himself. We recently sat down with the charming crooner, who shared the personal issues that inspired his perfume and new album, why he almost pulled out of creating this perfume, and the one thing he thinks the world needs more of.

The background to the creation of By Invitation Peony Noir is a traumatic one – Michael’s five year old son is currently fighting liver cancer, having been diagnosed in 2016. “The family’s been through a lot, and as we were in a great deal of pain, we were looking outside the window and watching a world that was hurting as well,” he shares. “My wife and I both felt that there was a lot of grace in our life and that we’d been really blessed. It made me want to put love back out there.”

The perfume and his new album, ❤️, were a manifestation of the gratitude they felt in spite of their personal tragedy. “For me, musically, I felt that I could give something back and (this album) was a small way of saying thank you,” he explains. “And for Peony Noir, it was about beauty – adding happiness and positivity to a world I think that needs it. And all of those beautiful things – the kindness, the empathy, the love that heals – I would much rather be a part of that kind of positive vibe than anything else.”

A heady mix of rose, orange blossom and sandalwood, Peony Noir is the darker, night-time sister of the other offerings in the By Invitation line: By Invitation and By Invitation Rose Gold. And the woman that Michael sees wearing this perfume? “Throughout the creation, we had buzzwords we continued to use – like elegance and sophistication,” he tells.

When it came to creating this perfume, Michael actively participated in every step of the process. “I really was involved in every single step, from creating the fragrance, to going to the chemists and sitting with the perfumers,” he shares. “From naming it, to the actual packaging, to creating the bottle – all of it.”

He continues: “I really wanted to make sure there was great quality involved in every single aspect. Because when you earn the trust of the public, quality should be important to you, and you should genuinely have a sense of pride when you allow someone to put your name on something.” So much so that the perfume almost never came to be when Michael wasn’t satisfied about an important detail, and nearly pulled out. “They had been quite far into creating the packaging and I said, ‘listen, if it’s that’s it, the deal is off’,” says Michael. “And they had to go back and change it.”

And it’s clear that Michael himself is a big fan of the perfume. “Before you came in, I was busy addictively smelling my own wrist,” he laughs. “I really like By Invitation – many times I’ll get into elevators in different countries and I will smell it. It’s really exciting.” 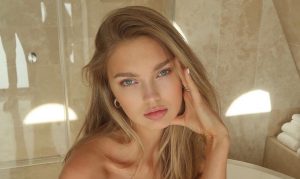 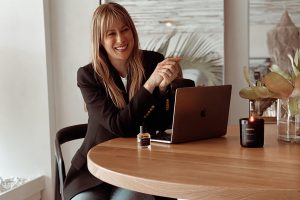 This Luxury Candle Designer Shares What’s Getting Her Through Covid-19
Almira Armstrong of Atelier Lumira shares her picks. 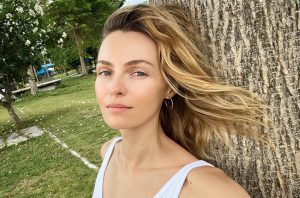 Olaplex Review: Is It Worth The Hype?
Does it actually work? 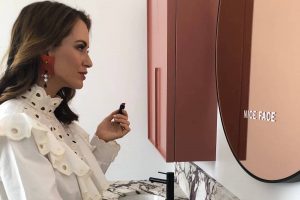