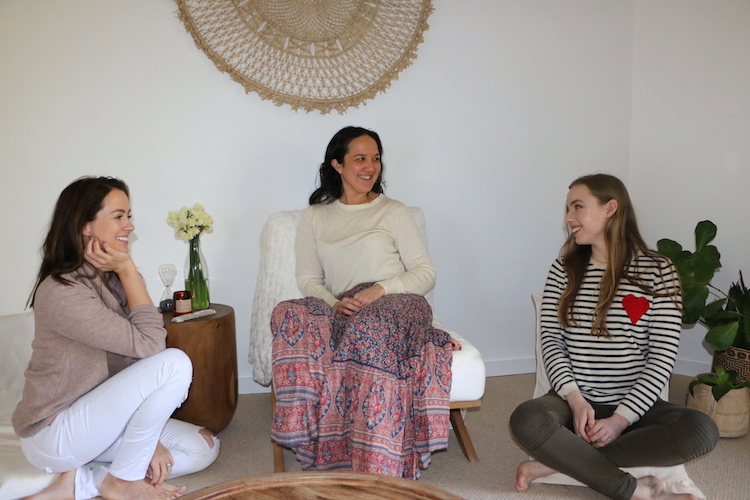 Having lived with anxiety pretty much all her life, Features Editor Tess Schlink had often been suggested meditation as a cure for its often debilitating symptoms. Sceptical that it would help but still curious, she dabbled with a few apps that promised calmness and clarity, only to be deterred by the fact that try as she might, she could never completely clear her mind from thoughts, and the resulting conclusion that she'd failed - a feeling doubtless shared by those who feel they “just can’t meditate” for this very same reason. So when Sigourney suggested Tess learn Vedic meditation, explaining it was a practice she’d begun years ago and that had improved her life endlessly, she was open to the idea.

I completed a course with Vedic meditation teacher Anna Young-Ferris, and the location could not be better suited to the task at hand. Situated on Sydney’s idyllic Northern Beaches, her studio is perched above an expanse of lush green forest. Even the most frazzled of souls would feel their shoulders drop on stepping inside – an oasis of calming cream and oatmeal shades, there’s a rattan mandala adorning the wall, and houseplants are dotted artfully throughout the space.

Anna herself is pretty much serenity personified – a very promising start. She welcomes me warmly for the first day of my four session course, with Sigourney joining me for days two and three. This first session is my initiation to the tradition of Vedic meditation. I come bearing fruits and flowers for an ancient ritual that Anna performs beautifully, after which she gives me my mantra – a sacred sound that gives my mind something to focus on throughout the meditation practice.

The next day after arriving on the Northern Beaches, session two begins: a refresher course for Sig, but an introduction to the world Vedic meditation for me – as well as explaining how Vedic meditation differs from other forms of meditation we might have tried in the past. One of the most fundamental differences – and the one that hit home most for me – was how Vedic meditation deals with thoughts. Anna explains, “I have seriously tried many meditation techniques over the decades and also once held the misconception, like everyone, that meditation is about clearing the mind of thoughts.” As one of her teachers says: “We learn that asking the mind to stop thinking is like asking the heart to stop beating (impossible!)”

And actually, Anna explains we should welcome thoughts, not fight them. “When there are thoughts in meditation, it is actually a sign that stress is being laundered out of our nervous system,” she says. “This can be accumulated stress – from superficial day-to-day situations to more significant stress situations, like relationship break ups, buying and selling a house, illness, and death – that have been layered into our nervous systems over the years.” And the busier and more thought-filled a meditation is, the more stress is being released.

Hearing this is a bit of an epiphany for me – no longer did I feel that I was one of those people who was incapable of meditating. In fact, my busy mind was actually rinsing out its stresses – from the frustration of missing my bus and misplacing my keys last week, to more serious events that had cluttered my nervous system for years.

We sit down to our first meditation of the day, keeping in mind what Anna had shared about thoughts. Thoughts pop up but I reframe them as a release as opposed to a distraction – not unlike clicking out of a thousand tabs in your mind.

In fact, Anna explains that a lot of creatives practise meditation to pull up their best ideas that might have been buried in their subconsciousness. And after each thought pops up, we are to gently return to our mantra – it’s simple and frankly really easy to do. Over time when there are fewer thoughts to wash out of my mind, I’m told I’ll reach a state of ‘bliss’ while meditating – a deliciously addictive feeling I’m very excited to experience.

After a few practice meditations, we’re instructed that we are to continue the practice twice daily for 20 minutes each. Carving out an extra 40 minutes from our already overstuffed days seems tricky – although Anna and Sig are quick to point out that I’m at an advantage compared to them, as I don’t have small children that need my time and attention. And as Anna is quick to point out, 40 minutes is less than 3% of our day: “It seems like it subtracts but it actually adds, even multiplies, in terms of the benefits it gives in all the other areas of your life.”

And it’s not just an arbitrary number, either. Maharishi Mahesh Yogi (of The Beatles fame), who trained one of Anna’s teachers, brought the technique to the West and adapted the traditional practices accordingly – because what worked for monks living in solitude, meditating for hours on end, might not be an easy fit in our non-stop, tech-filled lives. He found that 20 minutes twice per day was the optimal practice for ‘householders’ like us. Anna explains: “If we can only fit in one meditation, 35% of the benefits of the technique will be reaped – but if we practise twice per day, the benefits are cumulative and we can enjoy 100% of the benefits of the technique.” Sig and I commit to making each other accountable and put a daily 3pm alert in our calendar to make our second daily meditation happen every single day.

Over the next few sessions we’re schooled in the benefits of Vedic meditation – and there are many. The tidiest way to sum it up is that it’s the mental equivalent of having a shower – a fundamental daily ritual few would do without. As a society, we’re generally very good at caring for our physical health but tend to neglect the wellbeing of our minds. “Meditation can profoundly impact how you think and feel, and improve your relationships with yourself and others,” Anna shares. “Scientific studies have validated the benefits of meditation such as improving sleep quality; reducing stress, anxiety, depression and migraines; bolstering immunity and heart functioning; regulating emotional reactivity; and even slowing down the effects of ageing.” (As a beauty obsessive, I’m always seeking out the aesthetic benefits of everything I do, so this was pleasing to learn).

Other benefits we can expect? Anna cites a greater sense of clarity, being less snappy with those in their lives, and just simply moving through life with more, as she puts it, ‘elegance’ (she is certainly a perfect example of this). “You start to make decisions from your place of intuition and higher self rather than the place of monkey mind,” she says. “It’s a really beautiful way to live and be in the world.”

We wrap up the course and I’m feeling optimistic. The twice daily sessions slot neatly into my daily routine and while they’re a bit of a time commitment, the payoff is certainly worth it in terms of feeling more serene and upping my productivity levels. Six weeks in, my anxiety and “monkey mind” haven’t disappeared completely (although this doesn’t surprise me, I think it’s just part of my nature to be always somewhat nervy) but is certainly much alleviated. During the course, Anna shared that her students often feel a bit off if they skip a session – and I’m starting to feel like I’ve reached that point now. It’s an addiction I’m happy to maintain.

Anna teaches regularly from her gorgeous meditation studio set amongst the rainforest by the Pittwater in Newport (next course is is 2-4 November), at KAI YOGA, Mosman and other locations. Follow her on Instagram @annayoungferris or head to www.annayoungferris.com. 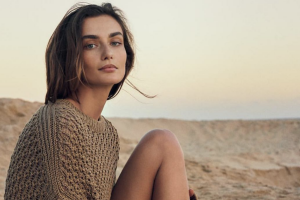 These Wellness-Boosting Supplements Deserve A Spot In Your Daily Routine
Because beauty starts on the inside. 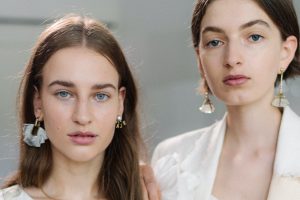 This Top MUA Shares How To Get Runway-Ready Skin At Home
Filomena Natoli talks every step of how she created the glowing, hydrated skin for Aje’s Chroma collection. 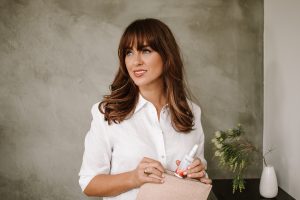 Why Facial Oil is My Holy Grail
If you’re not using facial oil, it’s time to reconsider. 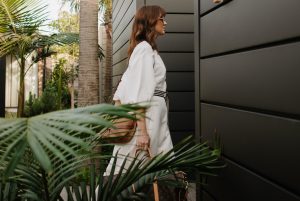 Escape Here: The South Coast Sanctuary For Self Care
An elegant getaway that celebrates the beauty of the Australian landscape.